Brunswick Forest Named in Top 50 Best Master-Planned Communities in U.S. by Where To Retire Magazine

Where To Retire
Following is an excerpt of the article, “The Short List: 50 Best Master-planned Communities in the United States”
By Van Sheridan

Joan and Pete Papp have spent most of their lives working toward this day. They have found what many Americans are searching for – the ideal place to retire. Like other retirees we interviewed while preparing “The Short List: 50 Best Master-Planned Communities in the United States,” the Papps weren’t looking only for a beautiful home – they were seeking much more.

“We wanted to be on a permanent vacation, where we can play year-round,” Joan says. “The kids were grown up and gone. It was time to think about us.” Her words echoed others relocating to communities that offer amenities once associated mainly with resorts. The Papps, in their early 50s, found their retreat at Brunswick Forest, close to the North Carolina coast, where they can golf, kayak, hike and bike. “My husband is like a kid in the candy store. He loves living here,” says Joan. Partly, Pete says, it’s because the taxes are lower than where they lived in Connecticut, saving them thousands of dollars.

The things that fulfill retirement dreams vary from person to person. In our selection of 50 communities, great diversity can be found in places from California to Florida and Wyoming to Texas, yet they share a common thread voiced by retirees: a sense of community that fosters camaraderie. The close-knit environment allows residents to make new friends easily and keep their calendars full. 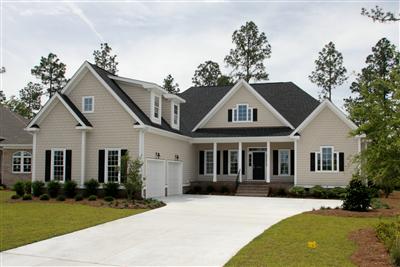 As retirees cited their reasons for moving to master-planned developments, we noticed commonalities among our picks. Some trends are new while others have grown into prominence since 2009, when we last published a selection of 100 communities. For our seventh biennial honor roll, this year we’ve narrowed the focus to 50, zeroing in on those that are amenity-rich, with clubhouses, recreation and activities to keep residents fully engaged. Here’s a snapshot of our findings:

Our 2011 list showcases master-planned communities with 300 or more planned homes and a package of amenities, providing the activities many retirees want. We’ve given the range of base home prices, but they’re subject to change.

The lure: Miles of biking and walking trails cross woodlands, creeks and meadows, linking neighborhoods to the Brunswick Forest amenity area and adjoining retail complex with the New Hanover Regional Medical Center. The Community Commons, with gardens, is a gathering spot for events, while the nearby fitness and wellness facility has exercised classes, indoor and outdoor pools and tennis courts. The crown jewel is the 18-hole Cape Fear National course, challenging novice and seasoned golfers. At the River Club, residents can fish and launch canoes, kayaks or paddle-boats on shady Town Creek. Ten minutes away, downtown Wilmington adds historic sites, shops and restaurants, with beaches nearby. The community has a wide variety of home styles.

What residents say: Joan Papp, 50, had to convince her husband, Pete, 53, to leave the comfort of his native Connecticut. “He had a lot of hesitation moving here,” Joan says. “It took me forever to convince him because I came down to look around – he didn’t. But now when people ask him, ‘When are you coming back?’ he says, ‘Never!'” Along with being able to golf and hike year-round, Pete is pleased about the taxes. He used to pay $8,000 in property taxes. Here, he pays $1,750.