Everything You Need to Know About Christmas Lights 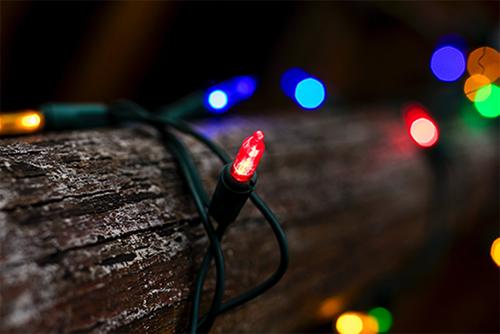 Did you know the record for Christmas lights on a home (lawn included) is 601,736 bulbs? There is no mistaking it, many people take their Christmas decorations seriously. Christmas lights are the subject of many neighborhood light shows, competitions, and even parodied in movies Such as in the Griswold’s Christmas Family Vacation. What is the history behind Christmas lights and what are some places to see them around Wilmington?

According to sources such as the Smithsonian, the history of Christmas lights is more storied than you might expect. While considered to be a “modern” form of decoration, the earliest concepts can be traced back to 1882. At a townhouse in New York City, a man named Edward Hibberd Johnson was about to embark on something revolutionary for the holidays. A storied associate and partner of none other than Thomas Edison, Johnson was no stranger to electric power and the dazzling displays it could pull off. Even though Edison had patented the lightbulb earlier in 1880, it was still relatively new, and widespread electrification was still years away.

One holiday season, not long after Thomas Edison made his own bulb company, Johnson had a bright idea (pun intended) to take his idea and capture people’s attention. For many decades beforehand, people had decorated their festive Christmas trees with lit candles on their branches. While undoubtedly beautiful, they also risked an obvious fire hazard if left unattended. Johnson had a better idea. He set up his Christmas tree over by the window of his parlor and had it lit with 80 red, white, and blue bulbs (all hand wired.) The tree trunk was on a revolving pedestal also powered by an electric generator. The reaction that people got from this sight was truly ecstatic. Johnson also began to establish the tradition of placing more lights on the tree each year, and by 1884 the New York Times counted more than 120 bulbs on his tree. The rest, as they say, is history.

Sources like GoodHouseKeeping.com cite serval tips that you can try for your own home this year.

There are a lot of areas in and around Brunswick Forest or the Wilmington area that you can view Christmas lights, such as the tree in downtown Wilmington and this year’s Festival of Trees being held in Mayfaire Town Center. Admission is $5.00 per person with free admission for kids under the age of 12. And of course, expect to see a lot of festive cheer in the neighborhoods of Brunswick Forest!