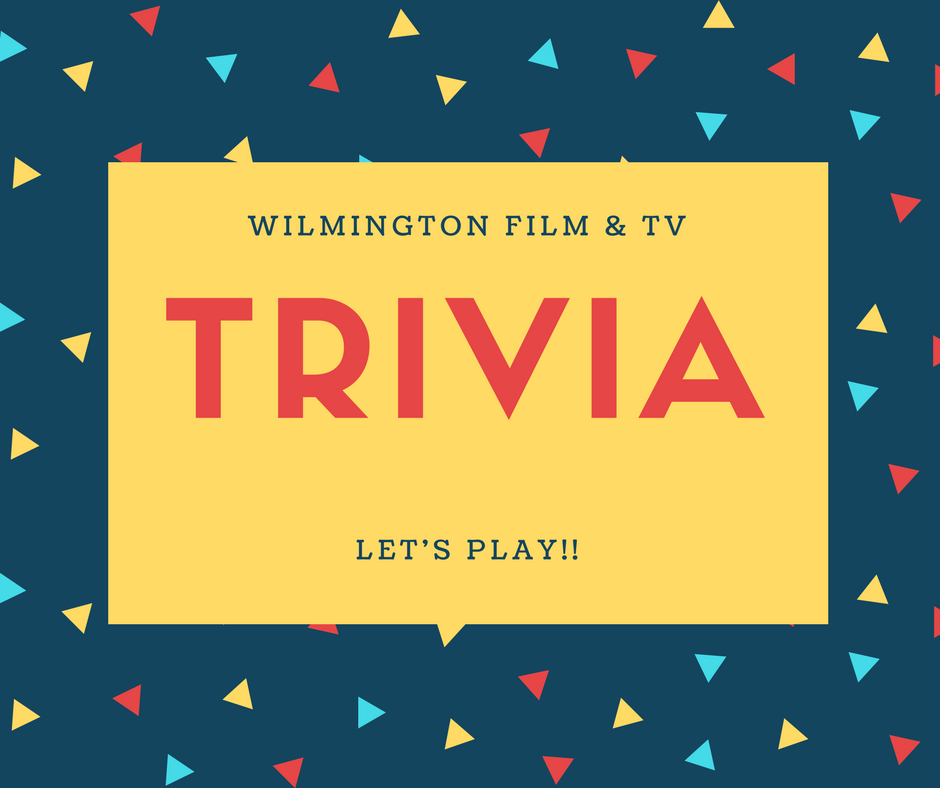 Did you know that Wilmington, NC is one of the most sought after film/TV locations?!  It’s often referred to as Hollywood East because of its popularity…plus, it sits almost directly across the country from its Hollywood counterpart.  Dive in and play around of trivia with us as we explore some fun facts about the TV and film industry in Wilmington, NC!!

Q1:  What was the highest grossing movie filmed in Wilmington, NC?!  Hint: It features Robert Downey, Jr and a fantastic suit!

Q2:  What two teen TV dramas were filmed in Wilmington, NC?!  Hint: One involved a creek, the other a tree.

A:  Dawson Creek and One Tree Hill

Q3:  Follow up question…  Name the main character from each of these shows.  Hint: They are both handsome high school boys that stole the hearts of America!

A:  Dawson Leery and Lucas Scott

Q5:  What TV series is currently being filmed in Wilmington?  Hint: Mind your behavior!

Q6:  If you’re looking to be a Film Studies major in the Hollywood of the East, what school should you attend?  Hint: Their mascot is a Seahawk!

Q7:  What film festival has been running in Wilmington for 23 years straight?  Hint: It’s held in November each year.

Q8:  What courtroom TV series drama was filmed in Wilmington in the 80’s and 90’s?  Hint:  It stars Andy Griffith.

Q9:  What town just a hop, skip and a jump from Wilmington was home to the film Safe Haven?  Hint: Head south!

Q10:  What film starred Jennifer Anniston and had scenes shot in The Villages at Brunswick Forest?!  Hint: Jason Sudeikis also starred in this film.

A:  We’re the Millers